The fight of extrasensories. Part 2

A popular TV show, where poorly educated people, with problems, carry out a marketing campaign of scam services through the screen.

– Why are poorly educated? Because they do not even ask questions.

– Why with problems? Yes, because people who do not ask themselves questions, always have a lot of problems. There is even a saying: “Why is a fool? Because it is poor. Why is it poor? Because it is a fool.”

The battle of psychics is a show in which people say they see or know more than others. And partly this is because the screenwriters tell actors (psychics) all the necessary information. And these people, in fact, are not playing by the rules – insiders. In the US, this is a very serious crime. And in the CIS countries … the main thing is to share in time. )

And then these poorly educated people believe in it, and spread this nonsense around the world at fantastic speed. Unfortunately…

Unfortunately, the same situation exists in the field of trading. Literate traders for hundreds of years, take away money from poorly educated people who believe in nonsense, and do not understand the banal basics.

On February 26, in my blog, I wrote about a pair of LOOMBTC which moved according to an obvious scenario. Here is the continuation of this story:

On February 27, at 20:00 UTC, the price reached the same level when buyers took an active position and bought out almost all the sellers offer. This is visible on the red line on the white chart. At this moment, the entry into the position is the “sweetest”. 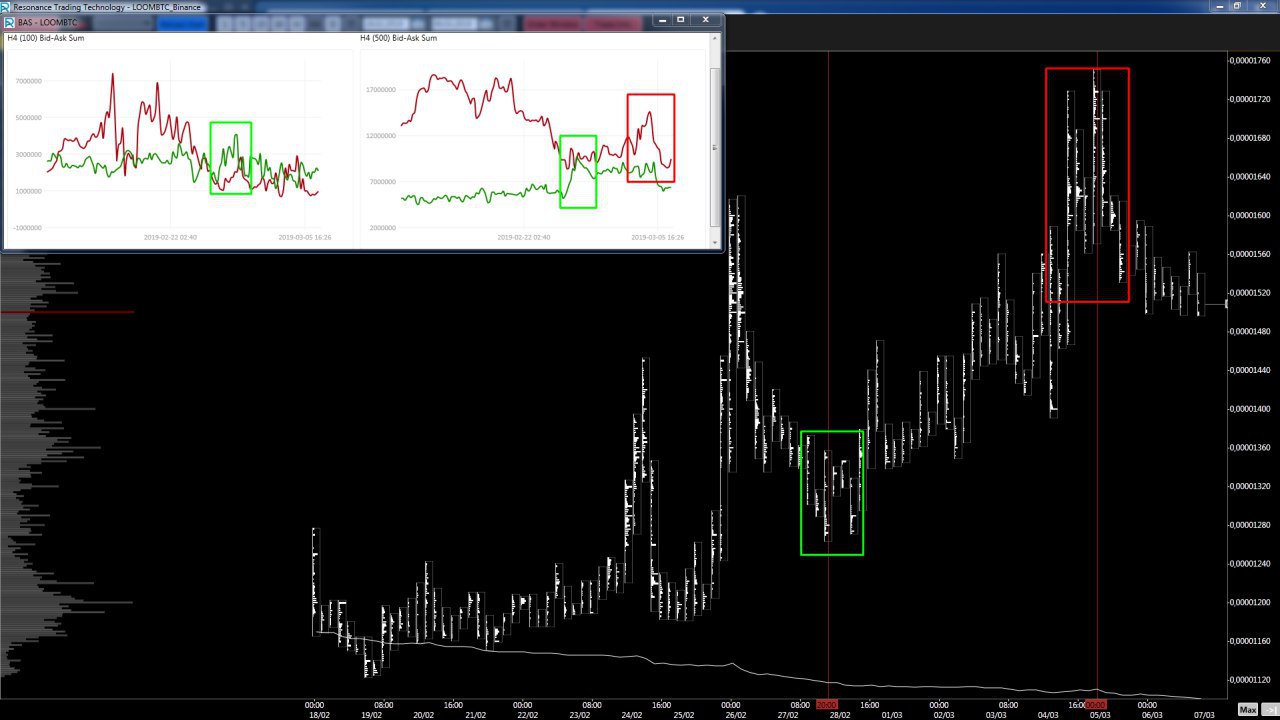